COROUTINE is a C++ library for coroutine sequencing, which Keld Helsgaun published in May 1999.

The facilities of the library are based on the coroutine primitives provided by the programming language SIMULA.

State transitions of a coroutine: 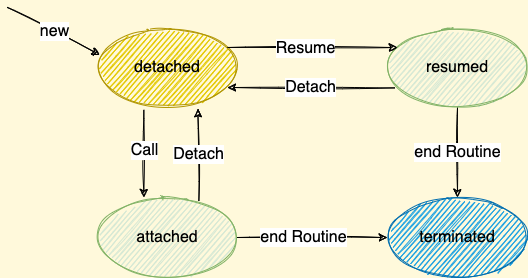 All the following sections are based on the assumptions of the stack growing downwards.

Use a StackBuffer on the heap to store/resume stack content and registers of a coroutine so that a coroutine could be suspended/continued by memcpy straightforward.

The struct of a coroutine struct (assuming stack grows down): 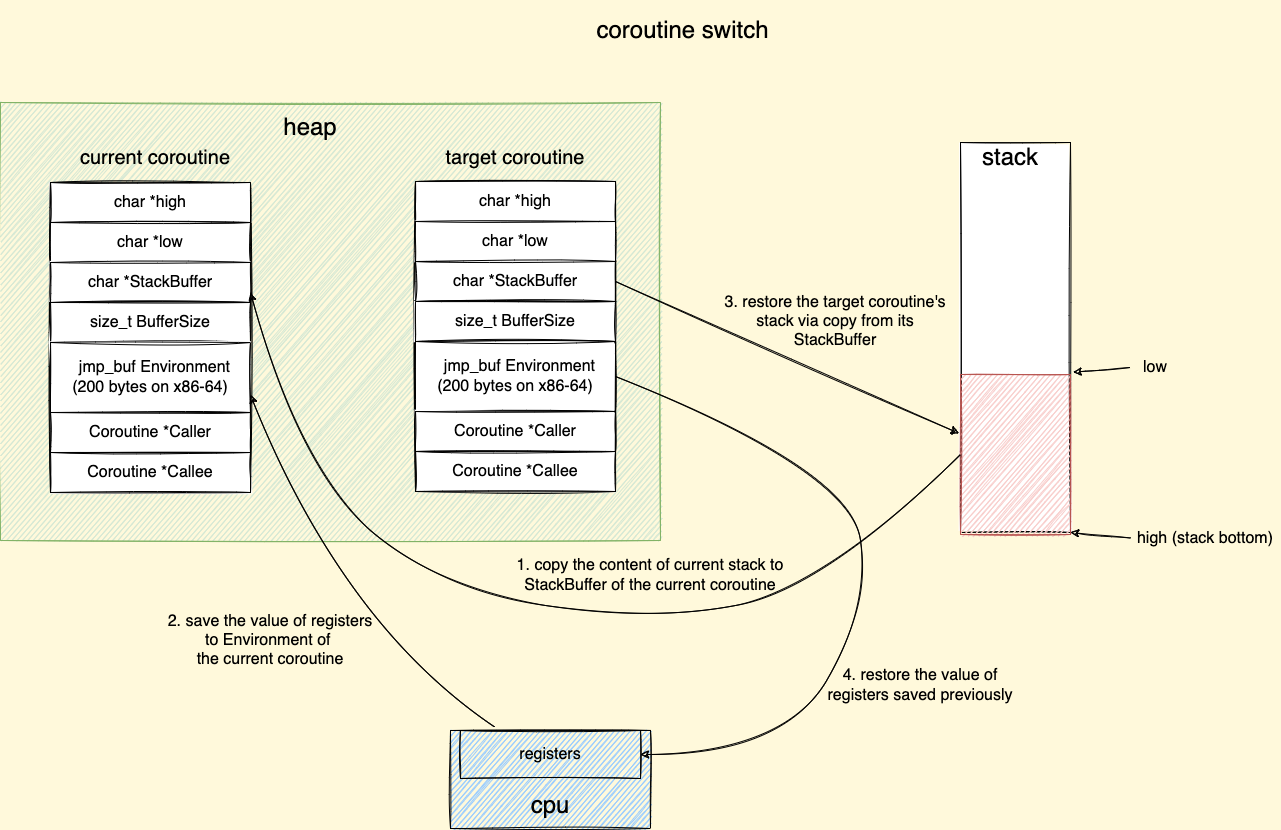 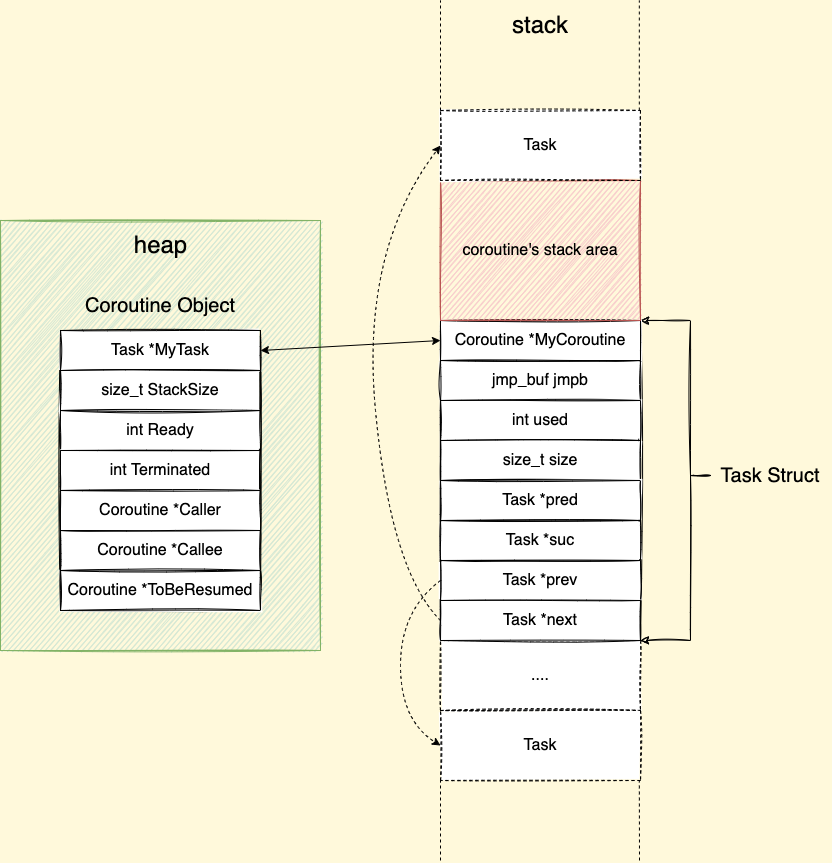 pred, suc : predecessor and successor in a doubly linked list of unused tasks

prev, next: pointers to the two adjacent tasks 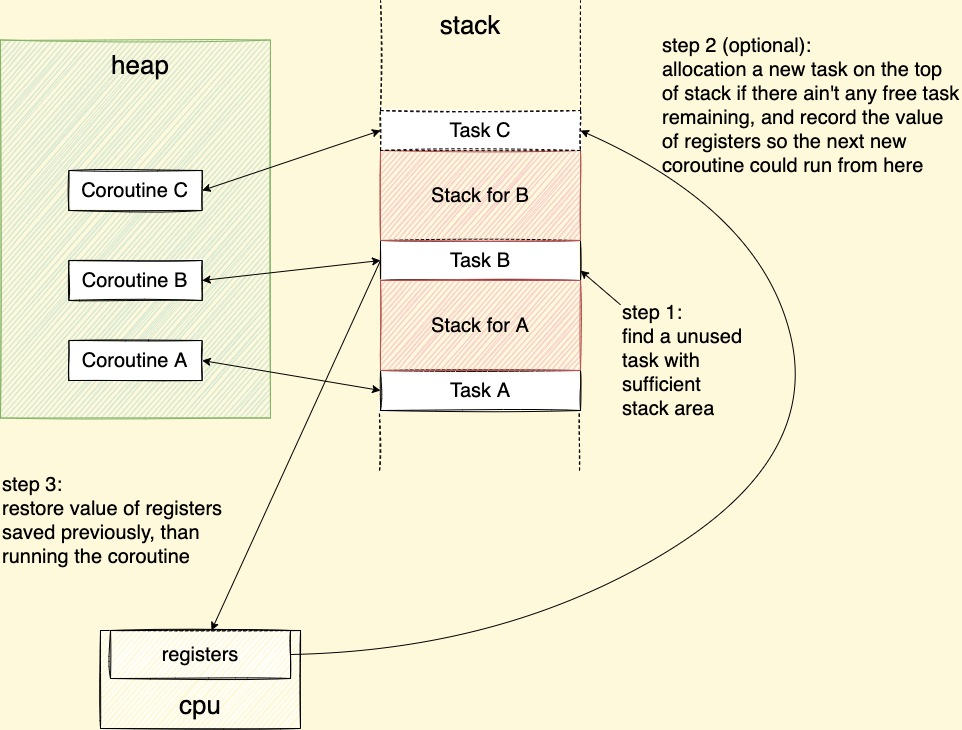 Comparison of the two implementations

(Arranged from the original report)